Whilst it might seem obvious to assume that the pandemic lockdown measures would result in a reduction in shoplifting, this has not necessarily been the case everywhere. What’s more, as retailers re-open at last and attempt to get back to normality, there is good reason to expect that a number of factors will contribute to a significant rise in shoplifting and attempts at security tag removal.

Shoplifting during the pandemic

As might be expected, figures from the Office for National Statistics released in May this year showed that shoplifting offences recorded by the police decreased by 29% in the year ended December 2020. Although crime overall fell by 8% last year, that overall reduction was heavily influenced by an unsurprising but big drop in crime during the first lockdown.  Crime increased again from July to September as restrictions were eased. 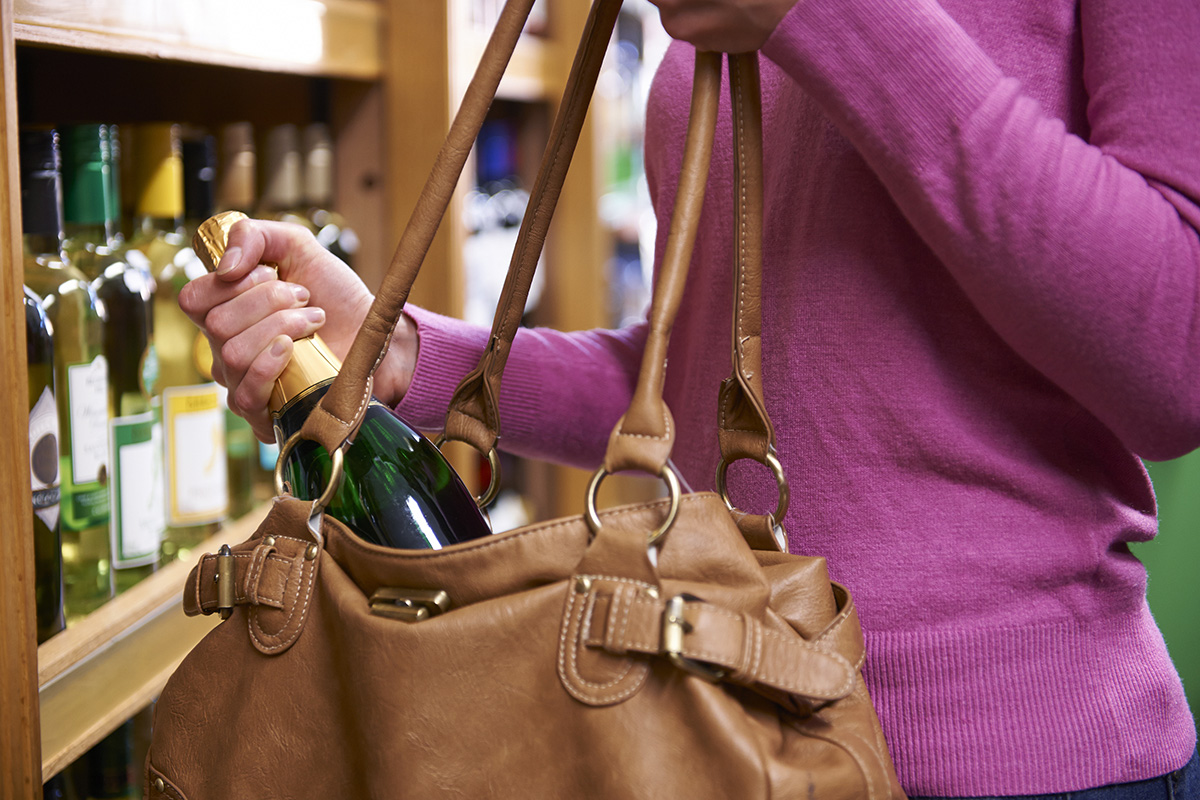 The situation elsewhere however was slightly different, with retailers in America reporting a significant rise in shoplifting early on in the pandemic. Whilst this increase was predominantly in respect of necessities, it also included high ticket and electrical items and was a trend that lasted throughout the pandemic.

The impact of facemasks

While it’s too early to report on shoplifting statistics following the easing of lockdown restrictions, it’s realistic to expect a big increase in store thefts as shoplifters “get back to business” and try and make up for lost crime.

The Jill Dando Institute at University College London have been following crime statistics during the pandemic and in a short paper released last year, they speculated as follows,

“As commercial premises reopen there is a possibility of a surge [in shoplifting], facilitated by the increased use of facemasks. 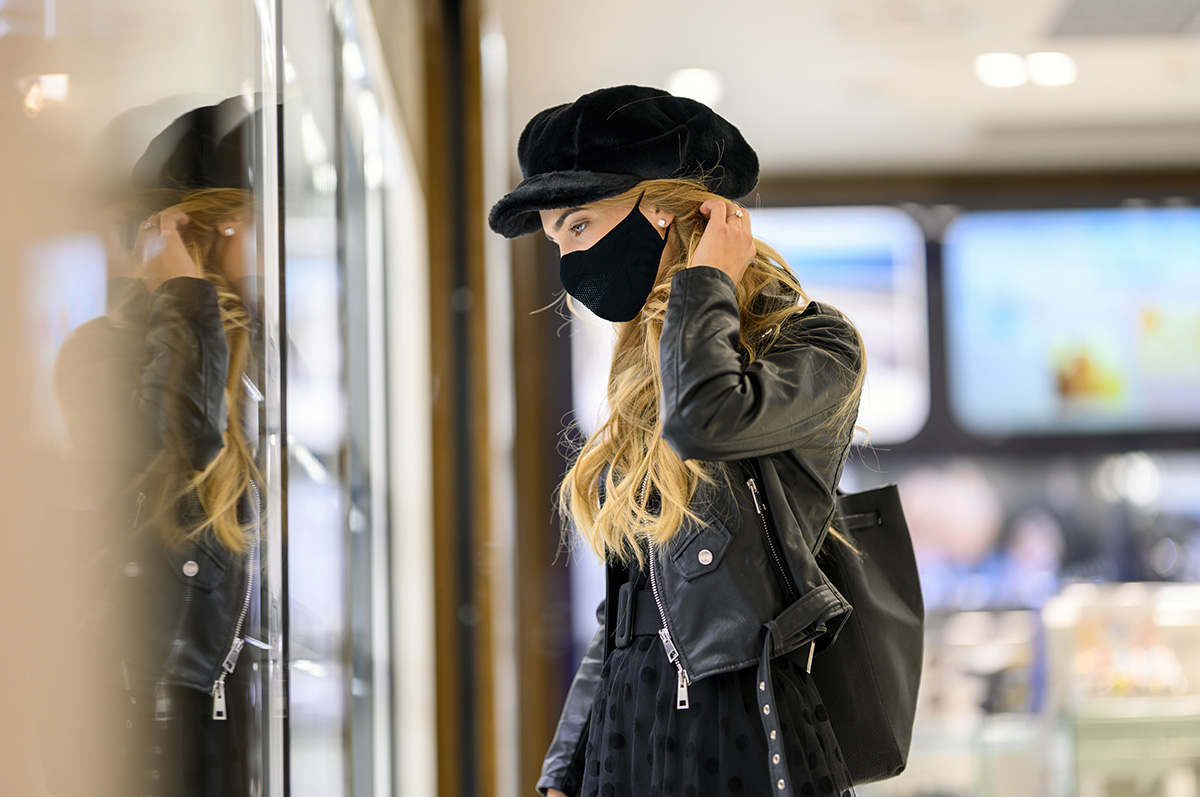 Certainly, it’s unsurprising that anecdotal evidence to date would support the view that thieves feel emboldened by facemasks and the knowledge that they will be much harder to identify on CCTV.

The impact of recession

Another factor that cannot be ignored is that in times of financial austerity or recession, shoplifting statistics increase as is clear from as quick look at the headlines of two of the most recent recessions:

During the UK’s austerity era of 2014, the Financial Times reported a rise in shoplifting “in more than two-thirds of the UK’s 43 police force areas” and they noted that “The British Retail Consortium said thefts from shops were 26 per cent higher than the annual average.”

Prior to that in 2009, Tensator (a leading customer experience management consulting and turnkey queue flow solutions provider) reported that, ““Global Retail Theft Barometer 2009” suggests that retail theft is on the rise, with the total value of stolen goods increasing by 20% to £4.88 billion in the year to June 2009”. Unfortunately, austerity inevitably means increases in crime and theft.

As many retailers were forced to save costs during the closures of the last year, reducing staff numbers and security costs were an obvious place to start. Now retailers have the unenviable task of getting back “up to speed” with security measures as quickly as possible, whilst still trying to balance the books. But this leaves them vulnerable to theft as they do so.

The hands off mentality

Finally, as was flagged up recently by our colleagues at Checkpoint, one other area that could have an impact on deterring crime, is that during the pandemic, “the British Security Industry Association (BSIA) announced that shoplifters caught trying to steal goods would face a “hands-off” approach and largely not be physically tackled. Instead, they would be told to put the items back and leave the store, with police only be called as a last resort under the “deterrence” strategy” with a similar approach in the US.” 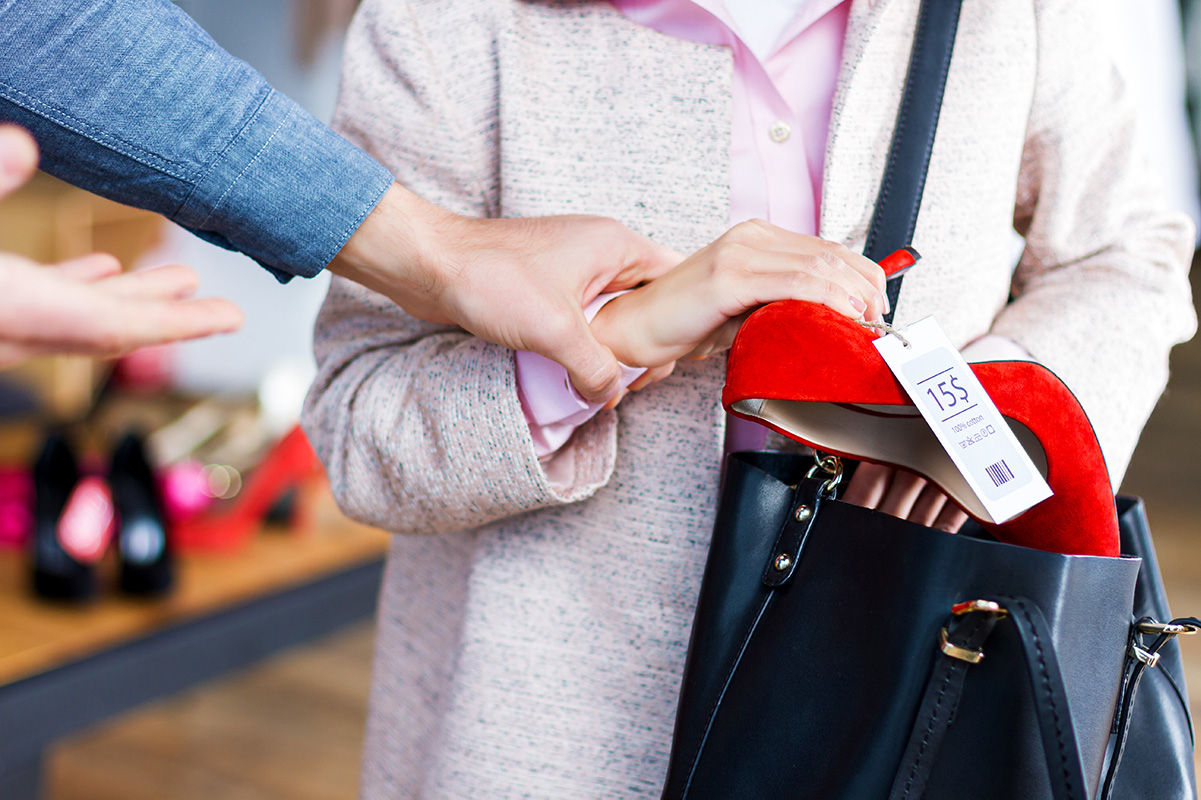 Whilst the intensity of the pandemic in the UK may have lessened, it’s yet to be seen what impact the pandemic itself and advice such as the above will have had on the mindset of security staff and criminals alike, and how willing security staff may now be about being more physically proactive in tackling criminals.

Cumulatively, there is the real potential for all of the above to have a big impact on shoplifting statistics, clearly at a time when retailers can least afford any more losses.

Right at the start of the pandemic, at Agon we took the decision to use the time to invest in all our systems and as a result we have a new generation Concept Tag, improved Concept Tag releasers, an upgraded RX board and we will soon be releasing an improved TX board with a significant upgrade to the “Live Signals” for remote service intervention.

Whilst an increase in shoplifting may not come as a great surprise, it does reinforce our resolve to be at the forefront of the fight against retail crime with both our EAS systems and our Concept Tag. Our Concept Tag has already demonstrated significant success in reducing shoplifting (with retailers globally seeing a reduction in losses of 50 – 80% in some store) and we will continue to innovate and improve to help retailers deter and prevent shoplifting and tag removal.